Dell’Osso Family Farm | Kids Out and About San Francisco 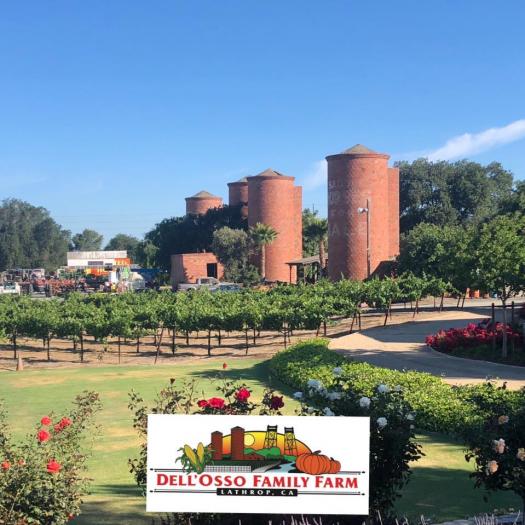 Dell’Osso Farm was founded in the 1920’s by three brothers from Italy who started farming asparagus. Rudy Dell’Osso, the son of one the original brothers, took over the farm in the 1950’s and diversified into growing tomatoes, beans and alfalfa. In the mid 1970’s, Ron Dell’Osso, Rudy’s son, joined the business and added pumpkins, melons and sweet corn to the crop rotation. In 1997, Ron and his wife Susan, started the first Corn Maze and the Halloween event has grown into a Haunted House, Pumpkin Blaster and much more. The Dell’Osso Family Farm October event has grown into one of the most popular Halloween season destinations in the nation, with approximately 250,000 people visiting the site each October. The event still remains a family operation, with the entire Dell’Osso family participating. The farm also hosts other events throughout the year.
Click For More Information